Operation Valentine! What could be sweeter than a 104-year-old World War II veteran asking for Valentine’s Day cards? Nothing!

Maj. Bill White told Fox News that he hopes to receive many cards this year for Valentine’s Day to add to his collection of keepsakes.

White is a Marine Corps veteran who served during World War II. He fought in the Battle of Iwo Jima in 1945 and lived to tell the tale. “The fact that I even survived is something. There weren’t too many of us,” said the Purple Heart recipient.

White was near the front lines of the battle on March 3, 1945, when a grenade exploded about six inches from he and his fellow Marines, according to Fox 40.

The injuries he sustained took him off the battlefield, but White recovered and went on to enjoy a long military career. 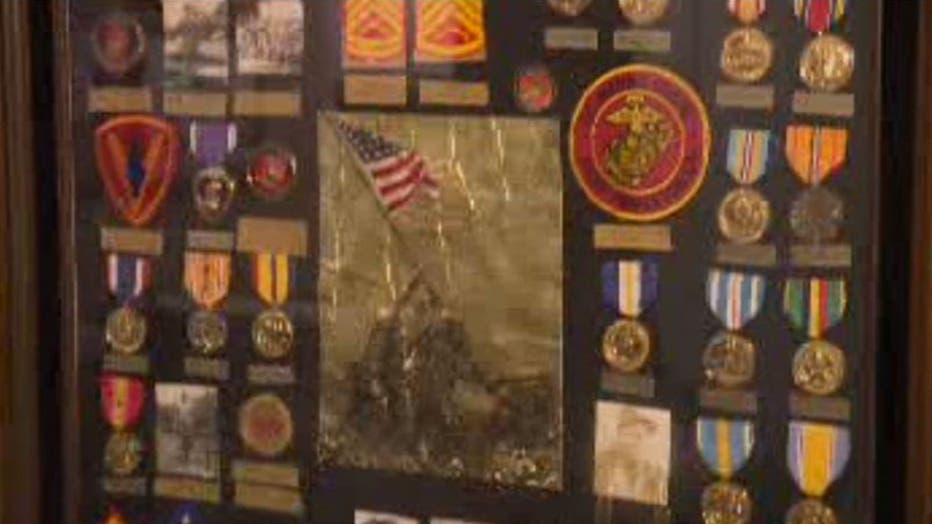 Some of Maj. Bill White's military medals, pictured. In the Second World War, White served in the Marine Corps and survived the Battle of Iwo Jima (KTXL)

“I spent 30 years active duty and 54 retired,” White said from his assisted living home in Stockton, California. There he enjoys eating with his friends and spending time working on his scrapbooks, which he keeps on a bookshelf in his room.

“It’s kept me busy just trying to locate or keep track of what's happened to me, where, when,” he said of his favorite hobby.

White added, I'll save every [Valentine’s Day card] like I've been saving little things that have come up until right now and they’ll be a personal part of my history.” 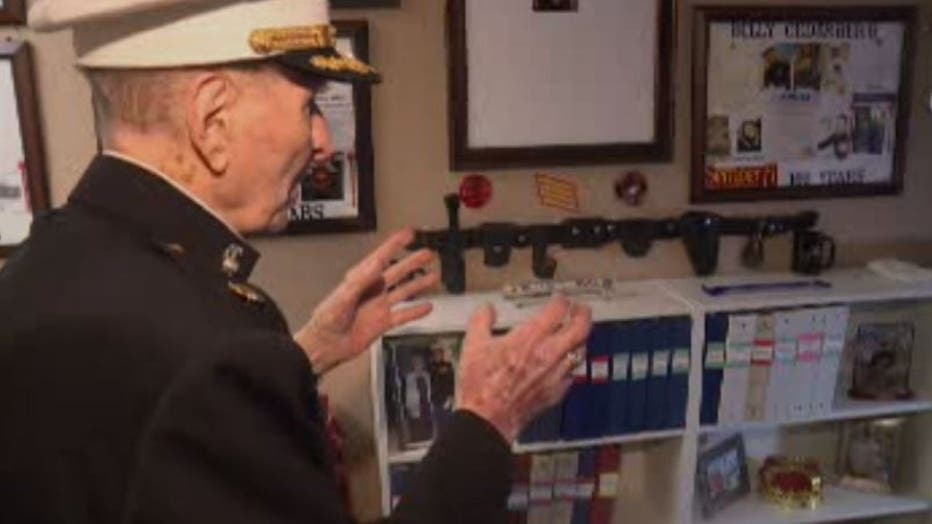 For those who hope to live as long and happily as White has, the centenarian advised folks to “just keep breathing.”

"I can't think of anything else. I can give you all sorts of ideas and suggestions but if you're not breathing, they don't mean anything,” White concluded.

Valentine’s Day cards for Maj. White can be sent to: